This is a clip from the "Attempted Siege of Donetsk I"


The town of Marinka in the Donetsk Oblast was shelled overnight, resulting in multiple civilian casualties.[83]


War came to this small farm town Friday night in the form of rockets that crashed into an apartment building near a rebel base, killing a man while he was watching television in his living room.

It was the first such attack in Marinka, southeast of Donetsk, the rebel stronghold in eastern Ukraine’s pro-Russian insurgency, and appeared to be part of a broader advance by Ukrainian forces in the east on Saturday. The military hit rebel positions in Horlivka, a crucial town to the north, and in Karlovka, a town with a strategic bridge...

“Pigs,” said a man with gray hair who was wiping away tears. “People were sleeping in their beds.”

...Igor Nersisyan, a retiree who lives on the second floor, said he had helped a neighbor dig her husband out from under that rubble early Saturday morning. The man, whom Mr. Nersisyan identified as Victor Belotserkovny, was dead when they reached him, the top of his skull sheared off in the blast.

“They are trying to destroy peaceful people,” said Mr. Nersisyan, who blamed the Ukrainian military, as residents with bags of belongings walked away from the building.[84]

One man was filmed digging out what was apparently a GRAD rocket.[85] "Here it is," he said after throwing it on the ground. "Ukraine. In one face."

Nearby in the Petrovsky district of Donetsk more civilians were killed.[86] Footage showed 2 young girls dead in their backyard after an explosion destroyed their house. An old man arrived to find 2 other bodies - his relatives - nearby.

"The hit was inside the house," said a firefighter on the scene. "Direct fire, you could say that."

"We see, a kitchen," said a cameraman as he filmed inside the house. "We see that there are many portraits here. It's probably her." 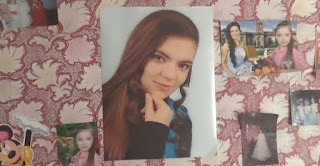 The cameraman described rocket fragments as he filmed them. "We see that this is exactly Grad. The fragments are not characteristic of any other type of ammunition."

VICE News later arrived to report on the attack.[87] They filmed a devastated man by some shattered windows of the house.

"They were totally harmless," he said. "Fucking beasts. They killed those that don't even fight against them. If they did, I might understand. Fuckers."

He punched the window frame as he continued. "How can we ever forgive them? Fuck. It's impossible. This can't be fucking happening. I hope they die, all those who fucking shoot at people who aren't even soldiers. If you fight, fight against your enemies for fuck's sake.  They are women. Fuckers. Beasts."
"I will fucking tear them apart," he said, mourning over one of the bodies. "I will tear that son of a bitch." 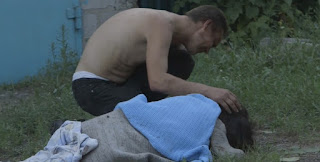 
The fighting between insurgent and Ukrainian government forces in eastern Ukraine is taking an increasing toll on civilians. Unguided rockets apparently launched by Ukrainian government forces have killed at least 16 civilians and wounded many more in insurgent controlled areas of eastern Ukraine. On July 12th for example, multiple rockets hit a residential area in western Donetsk called the Petrovsky district, killing 7 people, including 2 children.

In another attack the same day multiple rockets hit another residential area (Marinka) just outside of Donetsk, killing 6 civilians. Human Rights Watch investigated the weapon remnants that we found at the attack sites and we were able to identify the rockets as Grads. These rockets are 3 metres long and can usually hit up to 20km away. Grad rockets are notoriously imprecise weapons that shouldn't be used in populated areas. These unguided rockets, first they cannot be targeted accurately, and in addition Grads are often fired in salvos from multi-barrel rocket launchers. That means that they will affect a larger area, and if there are civilians in that area they are likely to get hit.

Both the government and insurgent forces have such weapons, and in many cases it is challenging to establish who was responsible for a particular attack. And both insurgent and government focus deny that their attacks are killing civilians. But in 4 attacks against populated areas that Human Rights Watch investigated in Donetsk, the evidence strongly indicates that Ukrainian government forces were responsible. All the strikes took place in areas controlled by insurgent forces but close to the front lines, and by examining the impact craters we were able to establish the rocket's flight direction, which indicated that the rockets had been launched from government controlled areas.